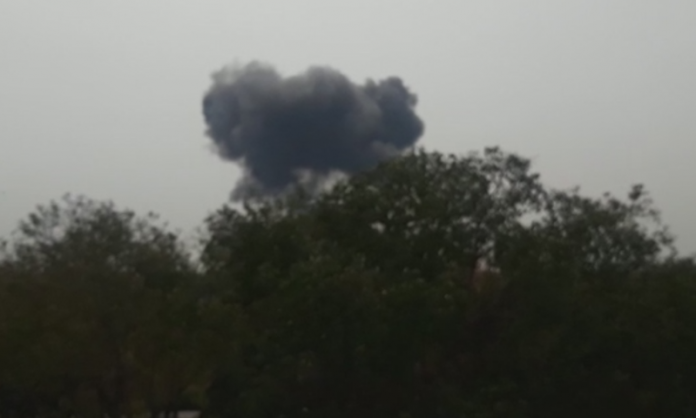 ISLAMABAD: Pakistan Air Force (PAF) fighter jet F-16 on Wednesday has crashed near Islamabad’s Shakarparian while rehearsing for the March 23 flypast, the air force spokesman confirmed.
According to the statement, police personnel and rescue teams have launched an operation while the entire area has been cordoned off. An inquiry board has also been formed to determine the cause of crash, the official added.
Sources told that no casualties have been reported so far. A huge cloud of smoke was seen billowing into the sky after the mishap.
Shakarparian is a hill and a local park near the Zero Point Interchange in federal capital, Islamabad.