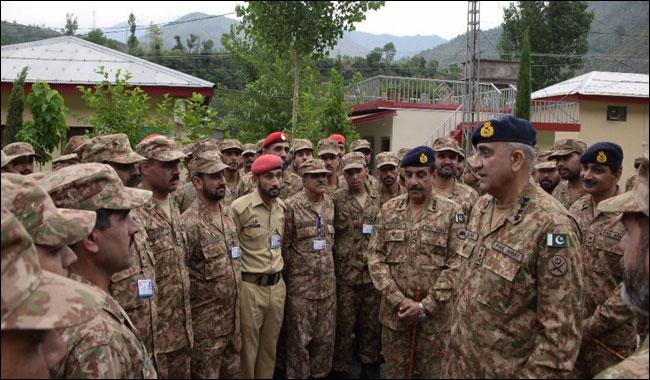 RAWALPINDI: Chief of Army Staff, General Qamar Javed Bajwa on Saturday visited troops along the Line of Control (LoC) in Muzaffarabad Sector, Inter Services Public Relations said.
In a statement issued by ISPR, the media wing of the military, here Saturday, the Army Chief was given detailed briefing by the local commander regarding operational situation, Indian ceasefire violations and response by Pakistani troops.
While interacting with the troops, General Bajwa said, “We are aware of defence and security challenges being faced by the country and we are capable to defeat all threats ‘irrespective of the front’.”