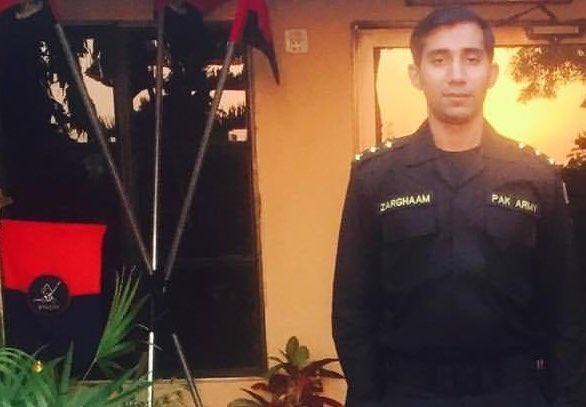 RAWALPINDI: A Pakistan Army captain was martyred and a soldier was critically injured when an Improvised Explosive Device (IED) went off in Mohmand District of Khyber Pakhtunkhwa.
According to military spokesman Major General Asif Ghafoor, the incident happened when Captain Zarghaam Fareed, 25 was neutralizing an IED detected at Mohmad Gat area of the district.
Major General Asif Ghafoor added that Sepoy Rehan of the bomb disposal squad was also critically injured in the explosion.
The spokesman said that Capt Zarghaam was unmarried and belonged to Sargodha.