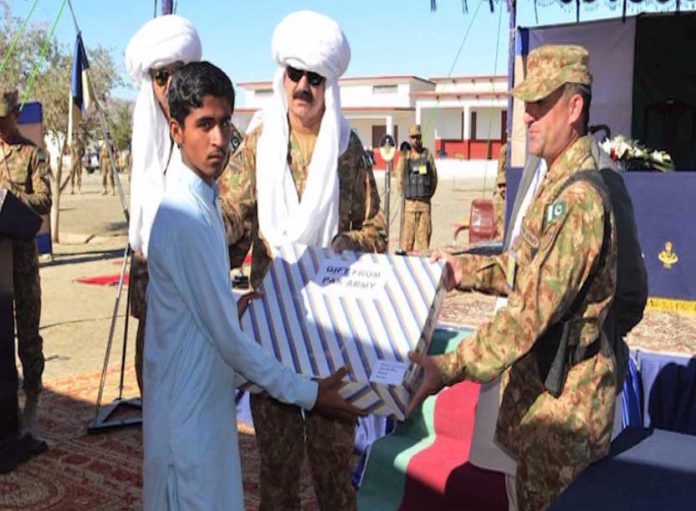 RAWALPINDI: Pakistan Army handed over homes and shops of a model village in Mashkai District Awaran amongst families who got displaced due to Earthquake 2013, the media wing of the Pakistan Armed Forces reported.
According to the Inter-Services Public Relations (ISPR), the model Village has all basic amenities including School, Market, Water Supply system and Solar Based electricity.
This mega project has been built on self-help basis by Army in short span of six months. Locals showed complete satisfaction over efforts of Army for peace and stability and socio- economic development in the area.
Commander Southern Command Lieutenant General Asim Saleem Bajwa handed over the keys to the allottees.