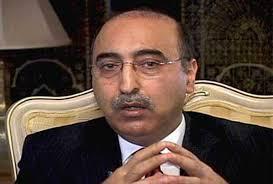 NEW DLEHI: Pakistan-India foreign secretary level talks will be held in February this year, Pakistan’s High Commissioner to India Abdul Basit said in an interview.
According to India media, he said that there is no reason to suspend the talks between the two countries.
The secretary level talks between the two nuclear- armed neighbours were scheduled in mid-January but were postponed mutually by government of both the countries following the terrorist on Pathankot Indian Air Base terror.
The Pakistani envoy said that action will be taken if Pakistani team found evidences of involvement of country’s individuals or organization in Pathankot attack.