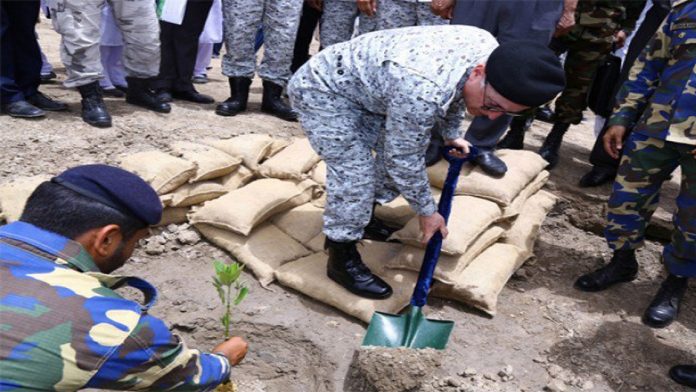 ISLAMABAD: Pakistan Navy has started plantation drive at Margalla Hills.
According to Pakistan Navy’s Spokesperson, the drive was inaugurated by Naval Chief Admiral Zafar Mahmood Abbasi on Thursday.
The Spokesperson said one million saplings would be planted during the campaign, as part of playing an effective role in Green Pakistan Program.