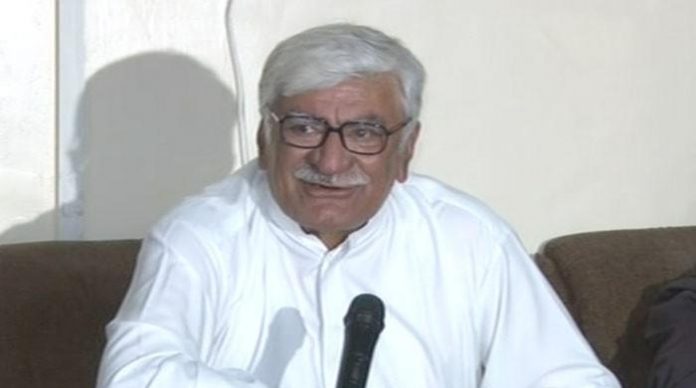 JEDDAH: Chief of Awami National Party (ANP) Asfandyar Wali Khan has said that solution to problems of the country lied in the teachings of Bacha Khan.
Addressing a ceremony arranged in his honor in Jeddah, the ANP chief said termed Afghan war as war between the United States (US) and the Russia.
Asfandyar Wali Khan said that Pakhtuns of Pakistan and Afghanistan were on the same page, who condemned terrorism.
Training his guns at Pakistan Tehreek-e-Insaf (PTI) Chairman Imran Khan, the ANP chief said that the PTI leader incorporated songs and dances in the country’s politics.
He added that politics have become a joke due to Imran Khan.