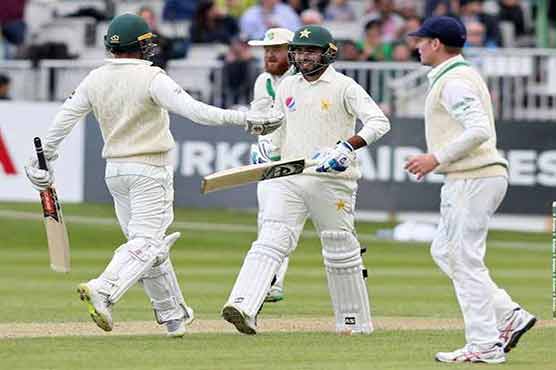 DUBLIN: Pakistan declared their first innings on 310 for nine on Sunday s third day after being sent into bat by Ireland in the hosts inaugural men s Test at Dublin s Malahide ground.
Test debutant Faheem Ashraf top-scored with 83 and together with Shadab Khan (55) put on 117 for the seventh wicket.
Middlesex paceman Tim Murtagh led Ireland s attack with four wickets for 55 runs from 25 overs.
But hopes he might take a five-wicket haul on Test debut were scuppered when Pakistan captain Sarfraz Ahmed declared 30 minutes before Sunday s scheduled lunch break in a stand-alone match where the whole of Friday s scheduled first day was washed out.