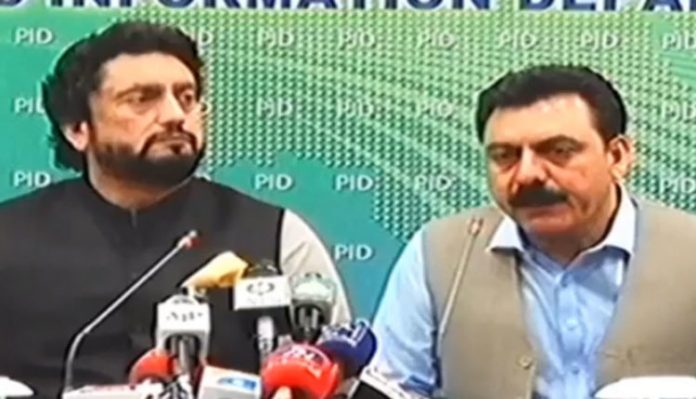 ISLAMABAD: Adviser to Afghan President on National Security Sarwar Ahmad Zai on Friday said that relations between Pakistan and Afghanistan are on a positive trajectory.
Addressing a news conference along with Minister of State for States and Frontier Regions Shehryar Afridi in Islamabad, the adviser said Afghanistan wants an early and dignified return of refugees to their homeland.
Sarwar Zai said that he visited two refugee camps in Pakistan and he lauds the attitude of Pakistani authorities towards the refugees. He said the Afghan refugees also speak highly and positively about the facilities extended to them.
He appreciated Pakistan for reopening the airspace between Afghanistan and India, Radio Pakistan reported.
When asked about the incident in which Afghan fans were seen attacking Pakistani fans during a World Cup match, the Afghan adviser acknowledged that the Afghan players learned cricket from Pakistan.
He stressed that the incident involving two or three Afghans do not represent the aspirations of Afghan people or refugees. He admitted that there are certain elements who want to create troubles in the relationship between Pakistan and Afghanistan.
The Afghan adviser expressed the confidence that the ongoing Afghan peace process will prove to be fruitful in bringing peace to Afghanistan.