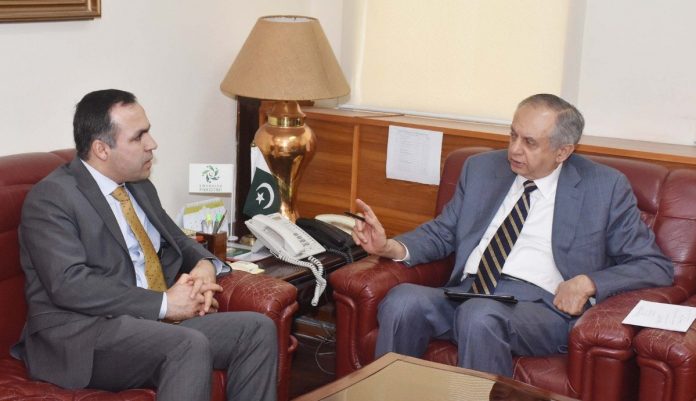 ISLAMABAD: Ambassador of Afghanistan to Pakistan Shukrullah Atif Mashal called on Trade Advisor Abdul Razzak Dawood and discussed the promotion of bilateral trade between the neighboring countries.
During the meeting, both sides agreed to initiate working on a preferential trade agreement (PTA) to bolster bilateral trade relations.
In this regard, both the countries will share the list of tarrifs with each other, afterwards, the technical committees of either sides will have a meeting.
Besides Torkham and Ghulam Muhammad points, the decision to open new border crossing points was also mutually made during the meeting.
Dawood told the Afghan envoy that despite decades-old relations between their countries, the trade ties are still lagging behind its possible limit, and this area requires improvement.