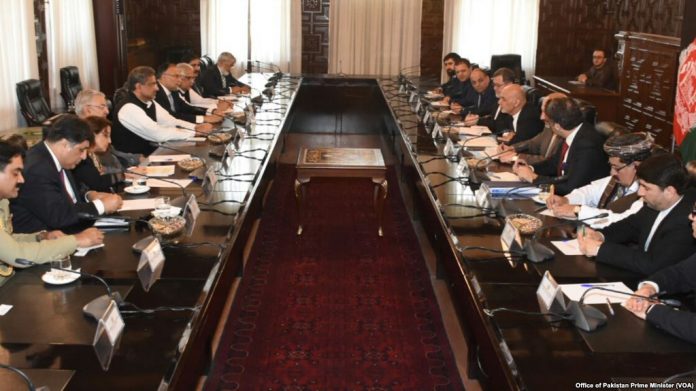 ISLAMABAD: Islamabad and Kabul have agreed to operationalize the working groups under Afghanistan-Pakistan Action Plan for Peace and Solidarity (APAPPS).
According to a Foreign Office statement, the understanding was reached during recent visit of Prime Minister Shahid Khaqan Abbasi to Kabul.
Pakistan assured its continued support to an Afghan-led and Afghan-owned peace and reconciliation.
Both the countries also committed not to allow use of their respective territory by any country, network, group or individuals for anti-state activities against the other country.
A joint supervision, coordination and confirmation mechanism will be put in place through Liaison Officers for realization of the agreed actions.
The two countries also reaffirmed avoiding territorial and aerial violations of each other’s territory.