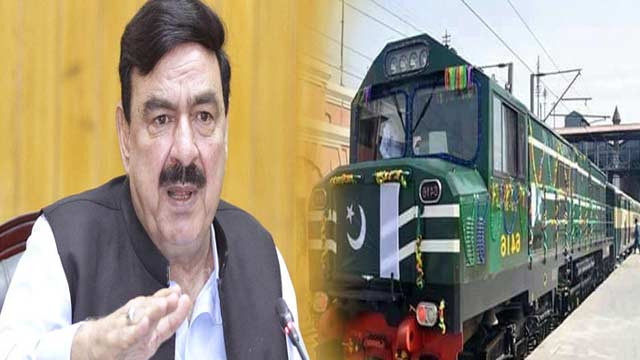 ISLAMABAD: Pakistan’s railways minister announced on Friday that the country’s second train service, Thar Express, would be suspended by midnight over heightened tensions with India over the Kashmir dispute.
Thar Express, which runs from Khokhrapar in Pakistan’s Tharparkar district to the Indian village of Munabao, would be closed off by 12PM, Friday night, Railways Minister Sheikh Rasheed Ahmed said in a press conference here in the federal capital.
The move comes a day after Rasheed had said Pakistan had closed the Samjhota Express train service with India.
“Rawalpindi’s Lal Haveli has a blood relation with Srinagar’s Lal Chowk,” the minister said, referring to his political centre in the city’s old area and the city square in Indian occupied Kashmir’s capital.
“Whoever doesn’t stand strong with the Kashmiris is the most traitorous of traitors,” he added.