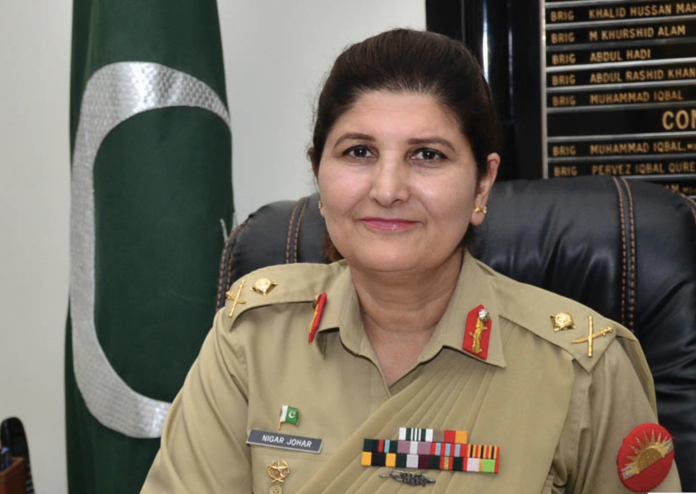 RAWALPINDI: Major General Nigar Johar Khan is the Pakistan Army’s first female lieutenant general.
She has also been appointed as the first female surgeon general of the army, according to the army’s Inter-Services Public Relations. The news was broken on Twitter.
Following it, several politicians such as Senator Faisal Javed Khan congratulated her and called her the pride of the country.
In 2017, Major General Khan became the third woman in the country’s history to hold the rank of a major general in the Pakistan Army.
She hails from the Panjpir village of the Swabi district and completed her schooling from Rawalpindi. Major General Khan graduated from the Army Medical College.