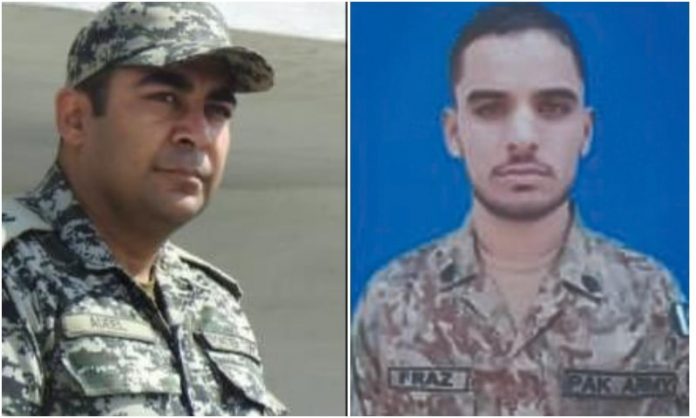 PESHAWAR: A major and a sepoy of the Pakistan Army were martyred in an improvised explosive device (IED) explosion near the Pakistan-Afghanistan border in Mohmand tribal district, the military’s media wing said on Friday.
Maj Adeel Shahid and Sepoy Faraz Hussain “fell victim to an IED planted by terrorists from across the border”, the director general of the Inter-Services Public Relations (ISPR) tweeted.
The squad under the martyred officer was supervising fencing work in an area “which carried [a] critical infiltration route”, the ISPR added.