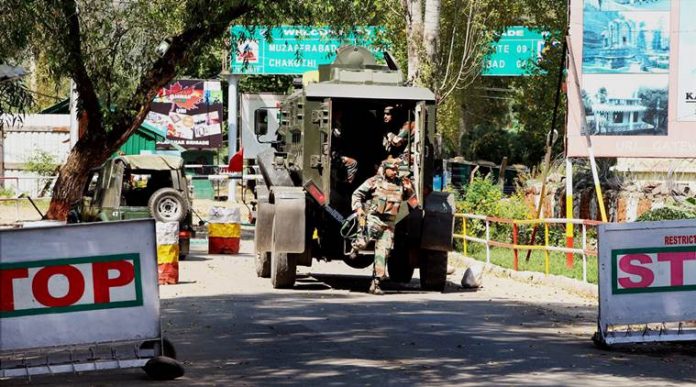 RAWALPINDI: Pakistan Army rejected “unfounded and pre-mature” allegations leveled by India after attack on an Indian army brigade headquarters in Uri near Line of Control on Sunday.
According to Inter Services Public Relations (ISPR), Director Generals of military operations of both the countries held a contact on hotline on the request of Indian side.
It said that Pakistan’s DGMO has sought actionable intelligence from his Indian counterpart.
He also reiterated that no infiltration is allowed from Pakistani soil because water tight arrangements are in place on both sides of LoC and Working Boundary all along, the ISPR added.
Earlier, four militants stormed the Indian army brigade headquarters in Uri area, killing 17 soldiers and injuring several others.
The raid comes amid heightened tension in occupied Kashmir, which has faced more than two months of protests following the July 8 killing of a popular freedom fighter Burhan Wani.
At least 78 civilians have been killed and thousands injured in street clashes with the Indian security forces, who are violating human rights by using excessive force including shotguns that fire pellets that have blinded people. …Agencies