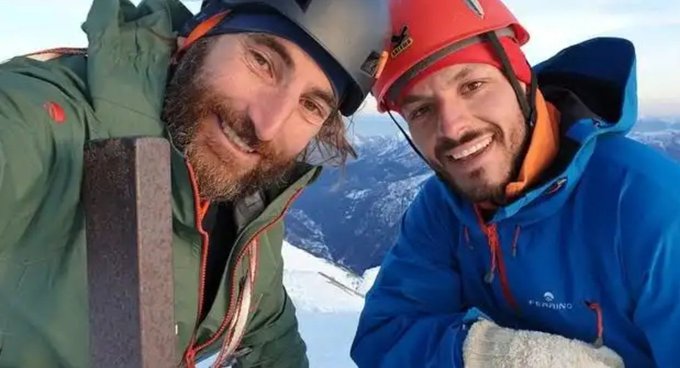 ROME: Pakistani military helicopters have rescued an Italian climber 48 hours after he suffered serious injuries in a fall in the northern Karakoram mountains, officials said on Monday.
Francesco Cassardo, a 30-year-old doctor from the northern Piedmont region, on Saturday gave up on reaching the 6,955-metre summit of Gasherbrum VII and was returning to base camp when he fell, Italian media reported.
Climbing companion Carlo Alberto Cimenti, 43, said Cassardo had hit several rocks before stopping at around 6,300 metres.
The Pakistani army said that Cassardo has “a broken femur as well as neck trauma”.
Rescue helicopters were unable to reach Cassardo over the weekend, citing rarefied air because of higher temperatures at high altitude.
On Sunday, four climbers from Poland and Canada arrived to help, bringing the injured climber down to base camp at 5,900 metres on an improvised stretcher.
There two Pakistani army helicopters landed at dawn on Monday and took Cassardo to an army base in nearby Skardu for medical attention.
“Great news we were expecting. Invaluable work done by army helicopters, as usual,” tweeted Italy´s ambassador to Pakistan, Stefano Pontecorvo.– Agencies