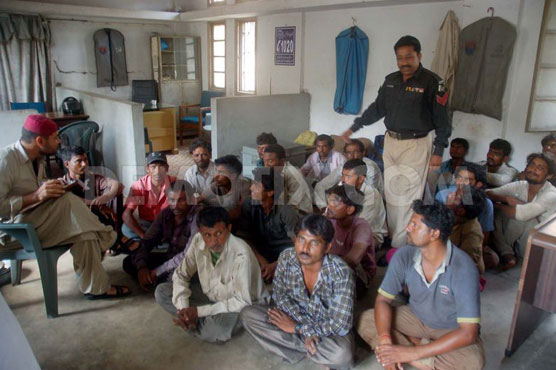 KARACHI: Pakistan has arrested 60 Indian fishermen after they strayed into its waters, an official said Friday.
The Maritime Security Agency (MSA) made the arrests Thursday morning, and also impounded 10 wooden boats, police official Lateef Babar said.
The 60 men would be taken to the court on Saturday from where they would be sent to jail, he added.
Dozens of Indian and Pakistani fishermen are captured in the Arabian Sea each year after straying across maritime borders.
Pakistan earlier this month released 219 Indian fishermen as a ‘goodwill’ gesture. …Agencies