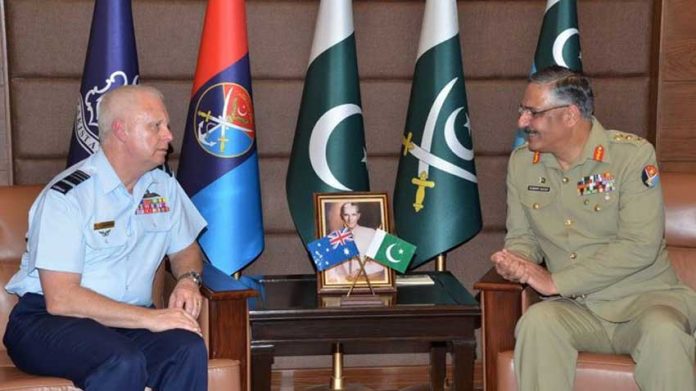 RAWALPINDI: Pakistan and Australia have reviewed the existing defence and security cooperation with the pledge to further strengthen the same between the two countries.
According to ISPR, this was reached at a meeting between Australian Chief of Defence Forces Air Chief Marshall Mark Binskin and Chairman Joint Chiefs of Staff Committee General Zubair Mahmood Hayat in Rawalpindi.
The Australian dignitary acknowledged and appreciated the role of Pakistan’s Armed Forces in regional peace and security.
He acknowledged the sacrifices made by Pakistan in war against terrorism.
Australian Chief of Defence Forces also participated in Pakistan-Australia Defence and Security Talks and Dialogue forums.