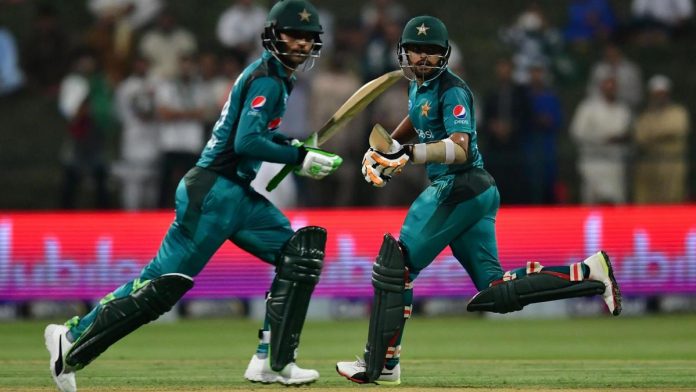 DUBAI: Pakistan captain Sarfraz Ahmed won the toss and chose to bat in the third and final one-day international against New Zealand in Dubai on Sunday.
Pakistan left out opener Imam-ul-Haq as a precautionary measure after he was hit on the helmet by a rising delivery from Lockie Ferguson in the second match in Abu Dhabi on Friday.
Imam had CT scans which were clear but the team management decided to rest him and bring in Haris Sohail. Imad Wasim makes way for Asif Ali.
New Zealand are without skipper Kane Williamson due to injury, with Tom Latham taking over the captaincy. BJ Watling replaces Williamson while Tim Southee makes way for pace bowler Matt Henry.
The series is level at 1-1 after New Zealand won the first match by 47 runs before Pakistan claimed the second by six wickets, both in Abu Dhabi.