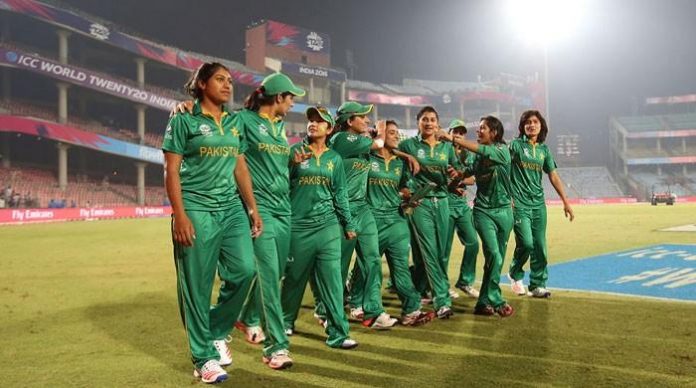 BANGKOK: Pakistan thrashed Bangladesh by nine wickets in the Women’s Twenty20 Asia Cup in Bangkok on Wednesday.
Bangladesh, taking guard after winning the toss, were bowled out after scoring 44 runs in 15.3 overs as only two of their batswomen could score in double figures.
Jahanara Alam was the top scorer for Bangladesh as she made 12 runs from eight balls with a boundary and a six to her name.
Rumana Ahmed made 11 runs from 19 balls which included a four.
Pakistani bowler Sana Mir was the pick of the bowlers as she grabbed three wickets while Aiman Anwer got two wickets.
Aliya Riaz, Anam Amin, Javeria Khan and Nida Dar took one wicket each for Pakistan.
Pakistan, chasing 45 runs to win, reached the target in 9.5 overs with nine wickets to spare.
Javeria Khan made 26 runs from 31 balls with four boundaries whereas Iram Javed scored 17 runs from 24 deliveries.
Khadija Tul Kubra got the only wicket for Bangladesh.