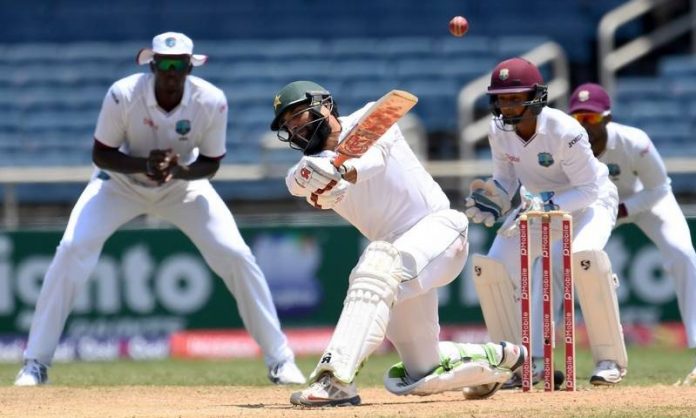 JAMAICA: Pakistan captain Misbah-ul-Haq hit successive sixes off Devendra Bishoo to give Pakistan victory by seven wickets in the first Test against West Indies in Jamaica on Tuesday.
The tourists had bowled West Indies out for 152 in the second innings leaving them a target of 32 to win on the final day, which was reached in less than 11 overs.
Yasir Shah ripped through the top order of the West Indies second innings in the final session of another long day to put Pakistan on course for victory at the end of the fourth day of the first Test at Sabina Park in Jamaica on Monday.
After captain Misbah ul Haq became just the sixth batsman in Test history to be left stranded on 99 not out as Pakistan were dismissed for 407 in their first innings, the hosts, trailing by 121 runs, were reduced to 93 for four at stumps with Shah taking all four wickets.