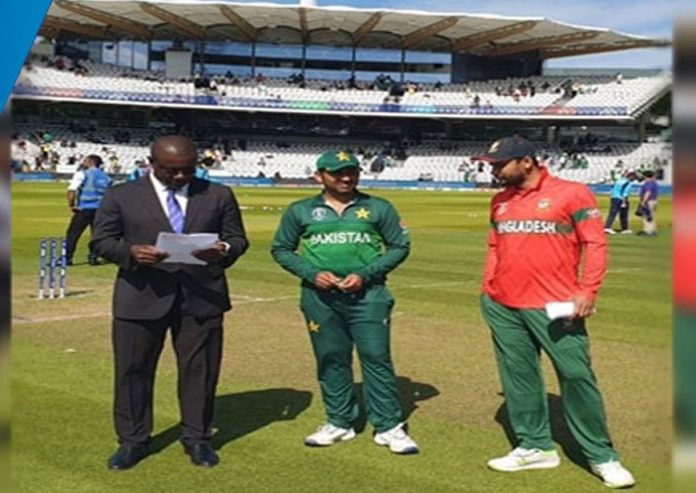 LONDON: Pakistan and Bangladesh meet at Lord’s in the Cricket World Cup on the penultimate day of the group stage with both teams effectively playing their last game at the tournament.
Pakistan has won the toss and decided to bat first in an effort to keep the outlandish dream of reaching the semi-finals alive.
Bangladesh is definitely out but fifth-place Pakistan, which has won its last three games, has a remote mathematical chance of advancing to the semifinals. It can draw level with New Zealand in fourth on 11 points if it beats Bangladesh but needs to win by at least 316 runs on Friday to advance. That has never been achieved before in ODI history.
Bangladesh has won the last four ODIs against Pakistan. Pakistan has a 31-5 overall record against Bangladesh in completed matches.