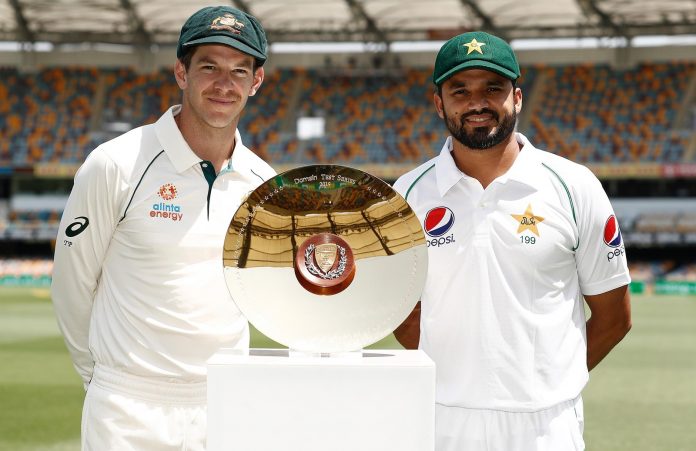 BRISBANE: Test captain Azhar Ali says Pakistan has the ability to perform well and win in Australia during their upcoming two-match Test series.
Addressing a press conference in Brisbane ahead of the first Test, Ali said the team has the potential to perform well and in fact even win against the kangaroos.
““We’ll announce the playing XI tomorrow but he’s definitely going to be part of it,” Ali said.
“Not many players can reach that standard so early but there are exceptions and he’s one of them. We are all looking forward to him having a very successful career,” he added.
The Pakistani skipper added, “When I saw him first, I was so surprised at the control he had and the pace he had and, on top of it all, the temperament and the composure when he bowls is so exciting to see.”
“The good thing about him is he’s very fit,” he added. “I’ve captained him in first class matches so he has overs in his belt. I have no doubt in his fitness or his bowling.”
Ali further said that Pakistan has always produced good fast bowlers. “We now have many young fast bowlers coming in and they are getting chances as well,” he said.
Speaking about the Aussies, Ali said the home team always has an advantage but believes the Pakistan team has in it to win. “Pakistan has played good cricket here before. But now we understand the conditions. I don’t see why we cannot win down under.”
“We know that playing in Australia is a challenge and that they [Australia] will try to win no matter what, but we are ready for them,” he added.
The first Test between Australia and Pakistan starts from Thursday at The Gabba in Brisbane. The second Test in the two-match series is a day/night Test in Adelaide from November 29 to December 3.