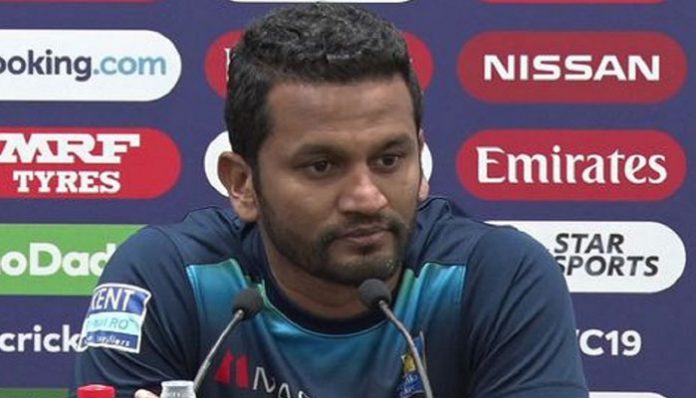 BRISTOL: Captain of the Sri Lanka cricket team Dimuth Karunaratne said that nothing can be said about Pakistan cricket team as it can do anything at any time. This is an unpredictable side.
He said this while talking with journalists at a media conference here on Thursday, a day before the eleventh match of the ICC Men’s Cricket World Cup 2019 to be played between Sri Lanka and Pakistan.
The Sri Lankan captain said that his team can also do anything at any time.
“However, we will display our best game tomorrow, he said.
Karunaratne said there would be no space for committing any mistake in the match against Pakistan.
He said our bowlers would be in a position to defend their team even if Pakistan’s total would be 300 runs on the board.