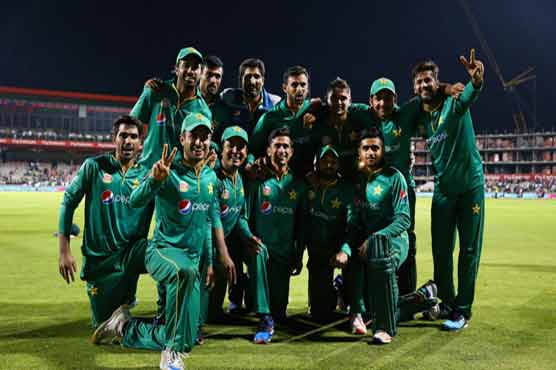 KARACHI: Pakistan cricket team returned home late on Thursday night after playing Test, One Day International and Twenty Series during a two-month long England tour.
The Green Shirts won the only Twenty20 match, drew the Test series 2-2 and lost the ODI series 1-4 against the host England.
Pakistan inflicted a crushing nine-wicket win over England at Old Trafford on in Sarfraz Ahmed´s first match as captain of the Twenty20 side and the final match of their tour.
Sarfraz and Khalid Latif reached Karachi overnight.
Left-arm pacer Mohammad Amir, Babar Azam, Hassan Ali, Imad Wasim and Wahab Riaz arrived in Lahore, while Sohail Tanvir, Mohammad Nawaz and Mohammad Rizwan reached Islamabad.
They all were welcomed at the airport by fans.
Talking to media at the airport, Sarfraz said all the players had worked extremely hard for the T20 win. He added that drawing the Test series against England was akin to victory as well.