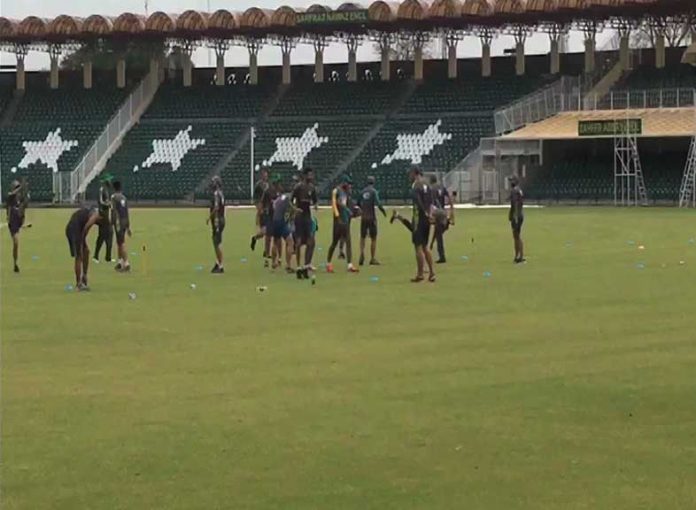 LAHORE: The training camp of the Pakistan cricket team for the 2019 World Cup has Tuesday begun at Lahore’s Gaddafi Stadium.
Twenty players attended the first day of the camp and performed different drills along with catching and throwing practices.
Pakistan skipper Sarfraz Ahmed joined the national squad late after arriving from Karachi. Haris Sohail remained absent due to the death of his uncle. Fitness tests of the players were conducted on Monday.
Chief Selector Inzamam-ul-Haq will announce the 15-member squad for the mega event on April 18. The team will depart for London on April 23 to play one-off T20I and five ODIs against England ahead of the World Cup.
The 10-team World Cup is scheduled from May 30 to July 14 in England and Wales. Pakistan will open their campaign with the match against West Indies on May 31 at Nottingham.