ISLAMABAD: Pakistan Wednesday expressed disappointment over rejection by India of the UN report on gross human rights violations in the Indian Occupied Kashmir ( IoK) and said it welcomes visit of the Commission of Inquiry to Azad Jammu Kashmir and IoK.
Spokesman of the Foreign Office Dr Mohammad Faisal responded to the Indian stance as the United Nations Human Rights Council (UNHCR) stood by its report on Kashmir.
The human rights body Tuesday dismissed the ‘numerous misrepresentation’ by Indian authorities and media of its first-ever UN human rights report on Kashmir.
The Spokesman said he was “deeply disappointed by India dismissing the report without examining it.”
He said India failed to address the very serious concerns raised by OHCHR Kashmir about the grave human rights situation in IOK.
The Office of High Commissioner for Human Rights has categorically denied any contact between the High Commissioner and Zafar Bangash, the spokesman said.
He pointed that the Kashmir report of OHCHR quotes Official Indian sources including Indian Parliament, Indian Supreme Court and Indian MEA.
He said the OHCHR was disturbed by the sustained Indian attempts to distract and divert the focus from the human rights violations in IOK.
It specifically points that the Kashmir report was about the human rights of millions of people in Kashmir, the spokesman said. – APP 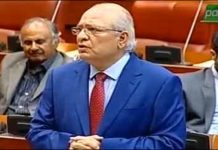