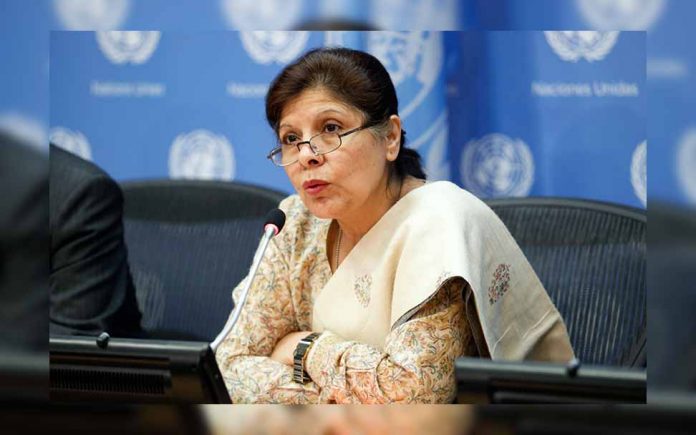 ISLAMABAD: Pakistan on Wednesday dismissed U.S. concerns that any new International Monetary Fund bailout for Pakistan would be used to repay Chinese debt as “totally wrong”.
Pakistan´s economy has hit severe turbulence over the past year and most analysts expect the nuclear-armed nation to seek a bailout, either from the IMF or closest ally China, to avoid a currency crisis.
Beijing has pledged $57 billion in loans for Pakistan as part of China´s vast Belt and Road initiative, deepening economic and diplomatic ties between the neighbours at a time when relations between Islamabad and Washington are fraying.
U.S. Secretary of State Mike Pompeo on Monday warned that any potential IMF bailout for Pakistan´s incoming government should not provide funds to pay off Chinese lenders.
In response, Pakistan´s finance ministry sought to de-couple the link between any potential IMF bailout and Beijing´s loans for the China-Pakistan Economic Corridor (CPEC), which spans mostly energy and transport infrastructure.
“First and foremost it is totally wrong to link the IMF package with CPEC.
It is affirmed that Pakistan Government is fully committed to undertake and complete CPEC projects in their totality,” the finance ministry said in a statement.
“Third parties cannot weaken our collective resolve to make CPEC a success story.
“CPEC is billed as Pakistan´s most important national project, while Beijing has touted CPEC as the “flagship” project in the vast Belt and Road initiative to build rail, road and maritime links across the globe.
Both countries are very sensitive of any criticism about CPEC.
The United States has been concerned that China is saddling smaller countries with debt as a way to gain influence and control around the globe.
Pakistan is struggling to avert a currency crisis that has presented the new government with its biggest challenge.
Many analysts and business leaders expect that another IMF bailout, the second in five years, will be needed to plug an external financing gap.
“Make no mistake. We will be watching what the IMF does,” Pompeo said.
“There´s no rationale for IMF tax dollars, and associated with that American dollars that are part of the IMF funding, for those to go to bail out Chinese bondholders or China itself,” Pompeo added.
On Tuesday, Chinese Foreign Ministry spokesman Geng Shuang said the IMF had its own standards and operating rules when cooperating with countries.
“I believe they will handle it appropriately,” he told reporters, without elaborating.