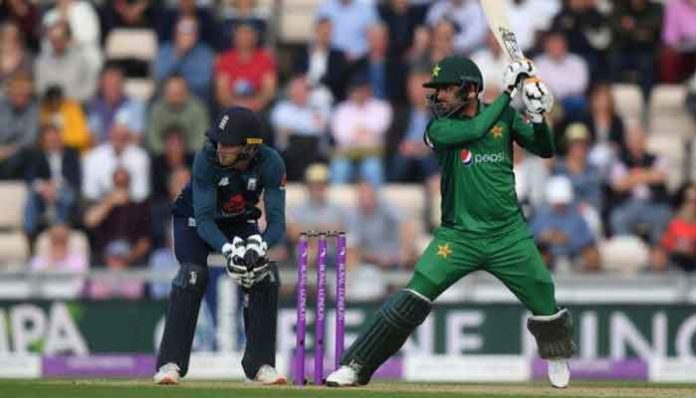 LEEDS: Pakistan and England are all set to lock horns with each other in the fifth and final one-day international (ODI) of the series on Sunday (today) at Headingley, Leeds.
The match will begin at 03:00 PM (PST). England have already won the series 3-0 as the first game was abandoned due to rain.
The Green Shirts are looking to end the series on a positive note, and conducted practice sessions before the contest. Head coach Mickey Arthur was displeased with his team’s performance in the previous ODIs, and has challenged Pakistan to defeat England today.
Pakistan opening batsman Imam-ul-Haq is likely to be rested for the fifth match after he sustained injury in the 4th ODI following a blow to his elbow. Rookie Abid Ali will presumably replace the left-hander.
Meanwhile, Mohammad Amir is not available for the last ODI as well owing to chickenpox and fever.
On the other hand, England are planning to win the series by 4-0 as their captain – Eoin Morgan – and Jonny Bairstow return for the final game. The hosts are geared up to make the series memorable by remaining undefeatable.