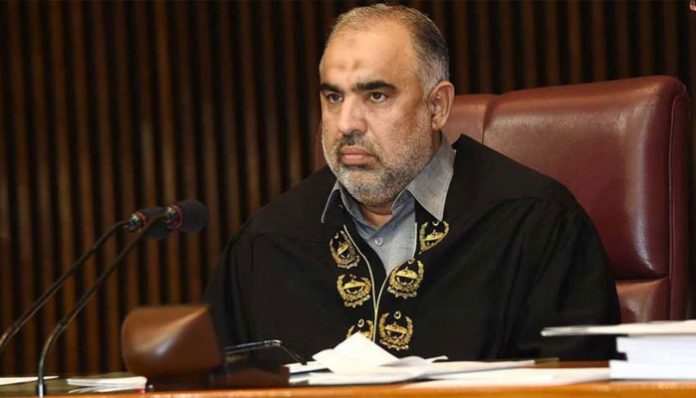 ISLAMABAD: National Assembly (NA) Speaker Asad Qaiser on Friday has said that Pakistan enjoys historical friendly relations with brotherly Turkey.
Addressing the House, the speaker said that new ways for economic cooperation will be opened with the collaboration of both countries. He further called Turkish President Recep Tayyip Erdogan as true friend of Pakistan.
Later, Turkish president also addressed the Parliament for the fourth time and expressed gratitude over receiving warm welcome by Pakistani government.
“Pakistan-Turkey Relations are exemplary for all and both countries share common religion, culture and values. Our friendship has evolved in love. We share joys and sorrows,” he stated.
The president said that the spirit of the Muslims of subcontinent to get freedom is unforgettable and Kashmir holds the same significance for Turkey as it has for Pakistan.
“I assure my support for Pakistan before the Financial Action Task Force (FATF) despite pressure. I thank Pakistani nation for supporting Turkey in every hour of need,” he added.
Earlier on Thursday, president Erdogan had arrived in Pakistan on two-day official visit in order to strengthen bilateral ties.