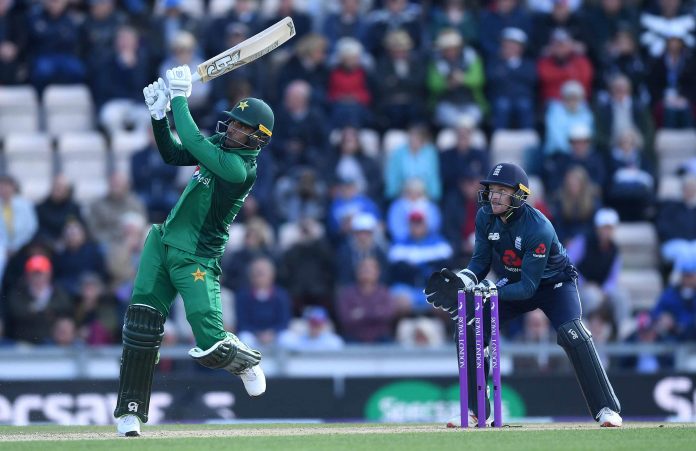 NOTTINGHAM: Pakistan will face England in the fourth one-day international (ODI) at the Trent Bridge in Nottingham today.
England have a 2-0 lead in the five-match series after they beat Pakistan by six wickets to win the third ODI at Bristol.
Earlier, England beat Pakistan by 12 runs in a thrilling second ODI. The first match between the two sides ended due to rain.
England will be without the services of skipper Eoin Morgan who was suspended for one ODI and fined 40 per cent of his match fee for maintaining a slow over-rate during the third ODI.
In Morgan’s absence, Jos Buttler will come back to lead the side while Jofra Archer can be expected to return to the side after sitting out of the third ODI.
On the other hand, Pakistan can bring veteran batsman Shoaib Malik into the side who joined the team ahead of the second ODI. Haris Sohail is likely to make way for him. Faheem Ashraf who has yet to impress in the series could sit with Mohammad Hasnain getting a chance.
The match between England and Pakistan will start at 5pm Pakistan Standard Time.