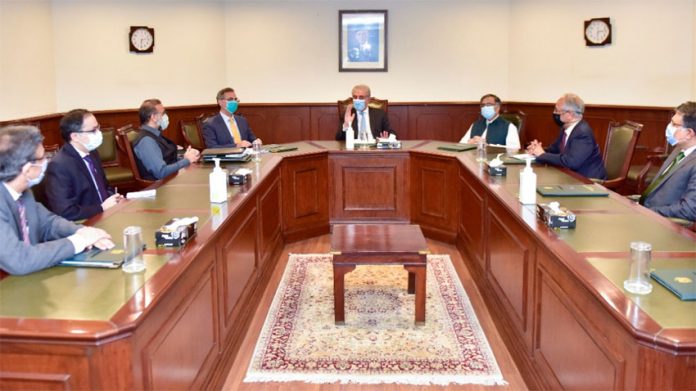 ISLAMABAD: Foreign Minister Shah Mahmood Qureshi said on Tuesday the country is facing multiple challenges on internal and external fronts.
Interacting with newly-nominated Pakistan’s ambassadors to various countries, who called on him in the capital, the foreign minister said solving the issues of the Pakistani community and safeguarding their rights is among the government’s foremost priorities.
He said Pakistan is facing multiple challenges on internal and external fronts.
Shah Mahmood Qureshi issued directives to the newly-designated envoys about foreign policy priorities.
In a policy statement on the floor of the senate on June 19, Foreign Minister Qureshi had rejected the impression that Pakistan gave India a walkover in the latter’s election as a non-permanent member of the United Nations Security Council (UNSC).
He clarified that Pakistan didn’t abstain from voting but voted against India because of its unconstitutional steps in occupied Jammu and Kashmir, including the Aug 5 move of Kashmir’s annexation.
Qureshi said India’s steps are in flagrant violation of the UN Charter and international norms.