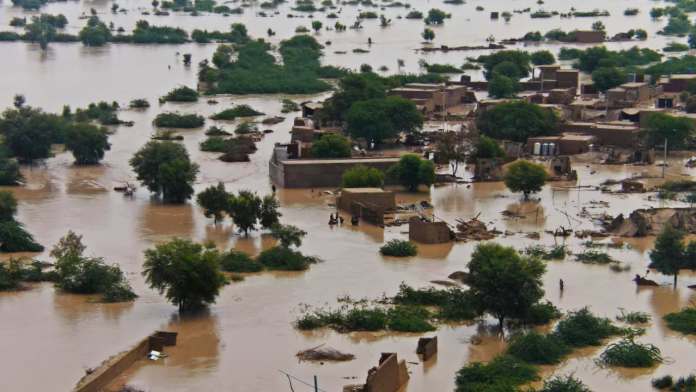 ISLAMABAD: The death toll from ravaging monsoon floods in Pakistan jumped to 1,350 with 75 people were dying in the last 24 hours.

According to the National Disaster Management Authority (NDMA), among those killed, 501 were men, 227 were women and 386 were children.

According to the report, another 1,634 people have been injured due to the floods. Sindh has the highest number of flood and rain-related injuries with 1,055 cases, with KP next with 338 cases.

South Asia Index say, more than 50 million people were displaced as result of ravaging monsoon floods. Around one million houses and 220 bridges washed away.

During this period, more than 735,000 animals part of livestock were either killed or swept away.

Almost 3,500 kilometres of roads have been damaged or become inaccessible, cutting off towns and villages from the rest of the country.

Over a million houses have been damaged, including 300,000 that have been completely swept away.