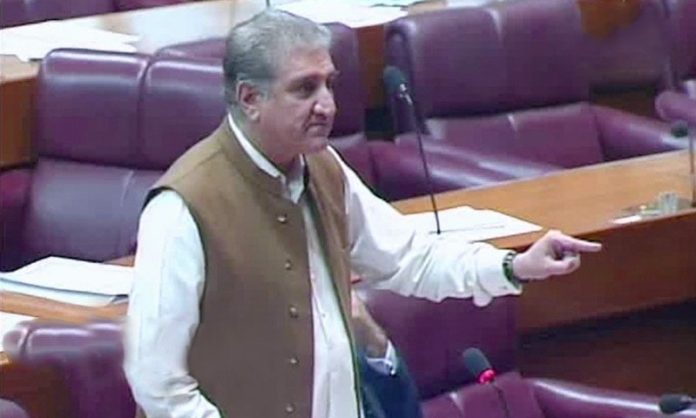 ISLAMABAD: Foreign Minister Shah Mahmood Qureshi has said that the coronavirus has gripped the entire globe and everyone must play their part in overcoming it. He said that Health has become a provincial article after the passing of 18th amendment.
Expressing these views during the special National Assembly session on Monday, the Minister said that coronavirus has wreaked havoc all across the globe and all countries are in a state of crisis. The virus has spread to 209 countries and no country has been able to fend it off completely. He said that tens of thousands of people have died due to coronavirus in countries such as United States, United Kingdom and Italy.
Shah Mahmood said that developing countries are especially in crisis due to the coronavirus, the likes of which has not been seen since the Second World War He said that the first case in Pakistan was reported on February 26 at which time our testing capacity was just 100, it has now been raised to multiple thousands. There are around 70 laboratories which have testing facilities and Pakistan has the best testing capability among all South Asian countries.
The Minister further said that taking into account the views of the opposition, his government has convened special National Assembly meeting to discuss Covid-19. He said that Health is a provincial article after the 18th amendment; Sindh is under the government of Pakistan People’s Party for the past 12 years while Punjab was ruled by Pakistan Muslim League Nawaz (PML-N) for 10 consecutive years yet the Health sector was never given any attention. He said that even though the country’s Health System is not the strongest, the government has taken important steps on time to control the coronavirus.