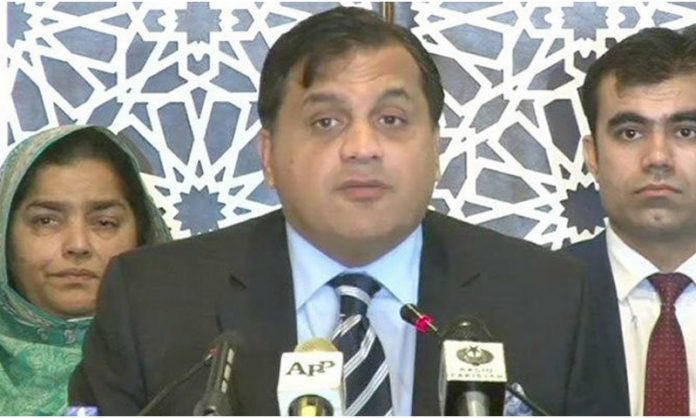 ISLAMABAD: Foreign Office Spokesperson Dr Muhammad Faisal has appreciated serious concerns shown by UN High Commissioner for Human Rights Michelle Bachelet over the prevailing human rights situation in Indian Occupied Kashmir.
In a statement, he noted Michelle Bachelet’s concern about the impact of recent actions by Indian government on the human rights of Kashmiris including restrictions on internet communications, peaceful assembly and the detention of local political leaders and activists.
UN High Commissioner for Human Rights, while responding to a media, had also appealed India to ease the current lockdowns or curfews, ensure people’s access to basic services and that all due process rights are respected for those who have been detained. She stressed it is important the people of Kashmir are consulted and engaged in any decision-making processes that have an impact on their future.
Dr Muhammad Faisal underlined that UN High Commissioner’s concerns and calls are consistent with the position taken by the UN System vis-a-vis the human rights situation in Indian Occupied Kashmir, including the continuing restrictions and crackdown on fundamental rights and freedoms of the Kashmiri people.