ISLAMABAD: Indian Charge d’ Affaires Gaurav Ahluwalia has been summoned to Foreign Office in Islamabad, to register Pakistan’s strong protest at the ceasefire violations by Indian occupation forces along the Line of Control in Chirikot Sector.
According to Foreign Office Spokesperson, due to the indiscriminate and unprovoked firing by the Indian forces, Mir Muhammad embraced martyrdom while thirty-two years old Iffat Naz, wife of Muhammad Arshad, both residents of Kakuta village, sustained serious injuries.

Also read: Two Pakistan Army soldiers martyred in Indian firing along LoC: ISPR
Condemning the targeting of innocent civilians by the Indian occupation forces, Director General-South Asia & SAARC, Zahid Hafeez Chaudhri underscored that such senseless Indian acts, in clear violation of the 2003 Ceasefire Understanding and complete disregard for international human rights and international norms, further vitiate the tense atmosphere along the LoC and are a threat to regional peace and security.
He said that by raising tensions along the LoC and the Working Boundary, India cannot divert attention from the worsening human rights situation in the Indian Occupied Jammu and Kashmir.
He called upon the Indian side to respect the 2003 Ceasefire Understanding; investigate this and other such incidents of deliberate ceasefire violations and maintain peace on the LoC and the WB. He also urged that India should permit the United Nations Military Observer Group in India and Pakistan to play its mandated role as per the United Nations Security Council Resolutions. 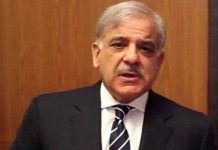 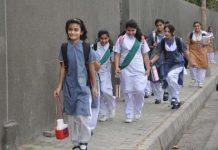