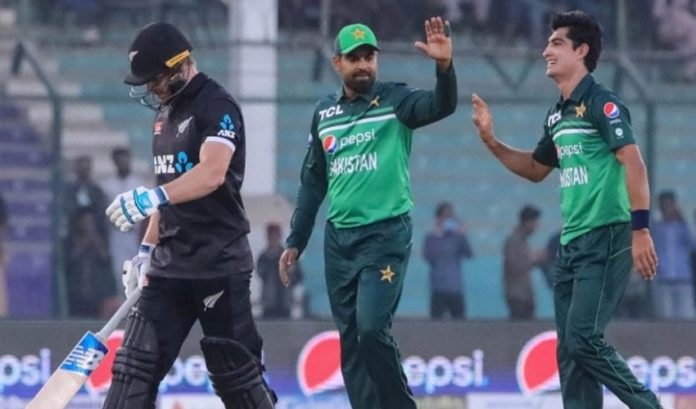 Following a comfortable win against New Zealand in the first one-day International, Pakistan has jumped to the second spot in the ICC Cricket World Cup Super League points table.

New Zealand were invited to bat first at the National Stadium. The Kiwis posted a 255-run total on the board, riding on Tom Latham’s 42-run knock. Naseem Shah picked up a five-wicket haul for the home team.

Pakistan now have 130 points from 19 matches. They still have five matches remaining in this tournament, two of which will take place against New Zealand this week.

Courtesy of the defeat against Pakistan, New Zealand have dropped from second to third place in the ICC Cricket World Cup Super League points table. The Black Caps did not earn a single point from the match in Karachi.

New Zealand have 130 points but Pakistan have won one match more than the Black Caps. India are at the helm of the standings with 139 points. If Pakistan win one of the remaining two ODIs against New Zealand, the Men in Green will secure the top spot in the points table.

On the other side, if the Black Caps win the remaining two ODIs of this series, they will leapfrog India and Pakistan to attain the top spot. It will be interesting to see which team secures the number one position.