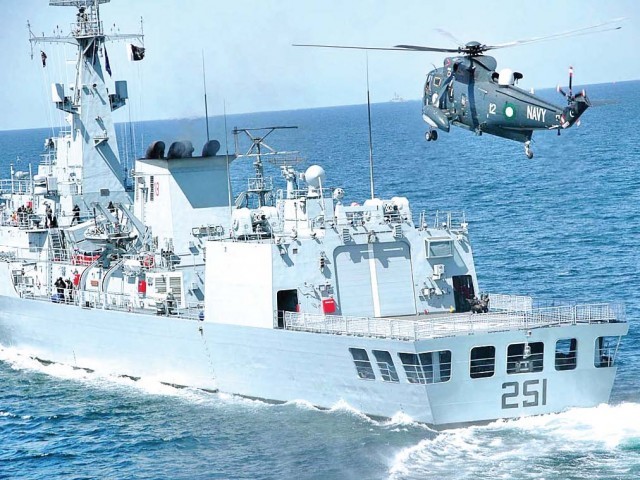 TEHRAN: Two Pakistani Navy vessels, a frigate and a sail training ship, berthed at Iran’s southern port city of Bandar Abbas on Monday for joint exercises, Tasnim news agency reported.
The commander of the Pakistani vessels, Khalid Pervez, said his forces, which were on a five-day visit to Iran, would convey the message of peace and friendship, and seek to exchange experiences with the Iranian Navy.
Describing the navies of Iran and Pakistan as two of the most powerful in the region, the Pakistani commander expressed hope that such visits would strengthen ties between the two neighbours.
Pakistan Navy ships dock at Iranian Port Bandar Abbas
Admiral Hossein Azad, the commander of Iran’s First Naval Zone, said the navies of the two country would conduct joint drills.
Pakistani and Iranian naval groups have made several reciprocal visits in recent years. They have conducted many joint war games in the Sea of Oman and the Indian Ocean.
In March, a Pakistani flotilla comprising navy ships PNS Tippu Sultan and PNS Jurrat and a chopper visited Iran and participated in a joint drill with Iranian forces at the strategic Strait of Hormuz.