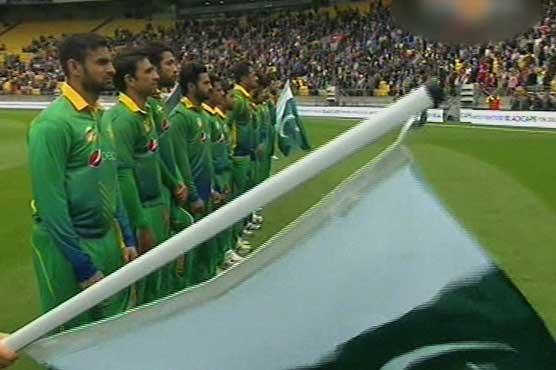 WELLINGTON: Pakistan and New Zealand squads observed one-minute silence in memory of Charsadda attack martyrs before getting on with the last Twenty20 International of the series.
Green shirts, led by Shahid Afridi in the T20I formed up in the field to pay respects to the martyrs of Bacha Khan University attack.
Kiwis aligned up with the grieving Pakistan and paid rich tributes.
Bacha Khan University, institution that serves around 3,000 students from across the country was attacked on January 20 by Taliban. Four gunmen had entered the premises taking advantage of dense fog in the early hours of the day.
Prime Minister Nawaz Sharif had stressed stricter laws to end cross-border movement during the fifth Heart of Asia Conference hosted in Islamabad. The conference was kick-started by Afghanistan President Ashraf Ghani.
However, Bacha Khan University attack is believed by some intelligence agencies to have planned in Afghanistan while Indian embassy there allegedly provided funds.