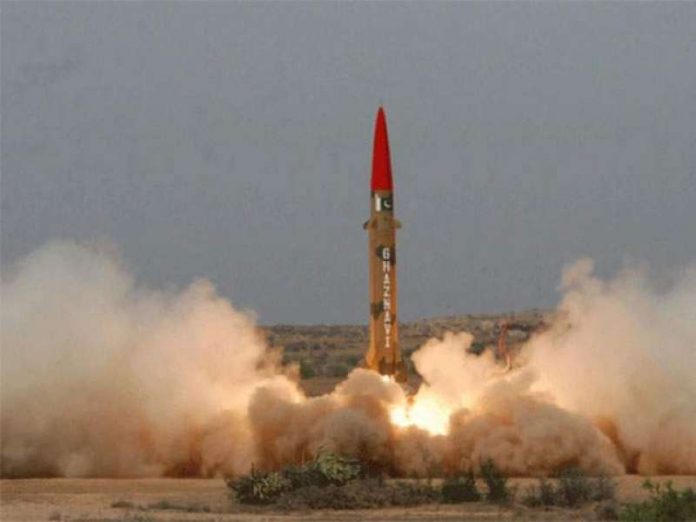 ISLAMABAD: Pakistan marks 22nd anniversary of its nuclear tests with the resolve that nuclear capability was meant only for peaceful purposes and to create a balance of power in the region amidst India’s incessant hostility.
Youm-e-Takbeer (the day of greatness), on May 28 is celebrated throughout the country every year to elucidate country’s achievement in becoming a member of global nuclear club.
On May 28, 1998, Pakistan conducted five successful nuclear tests in the north-western Chaghi district of Balochistan to deter continued aggressive posturing by its neighbour, India. Pakistan’s decision to test its nuclear weapons was in response to the six nuclear tests conducted by India in the second week of the same month of the same year.
The tests placed Pakistan as the seventh nuclear weapon states and first among the Muslim world. This brought a strategic balance and stability to the region.
Then PM Nawaz Sharif and the military leadership did not succumb to pressure of international community who wanted Pakistan not to test its nuclear weapons. Pakistan successfully tested its nuclear devices while rejecting offers of aid amounting to millions of dollars. The decision made the country’s defence unbeatable.
Youm-e-Takbeer signifies that Pakistan did not want nuclear proliferation and it achieved nuclear capability in response to the direct aggression and threats from India. Pakistan was compelled to develop a nuclear weapon programme following the debacle of East Pakistan in 1971 and India’s first nuclear tests in 1974.
Another factor which had contributed in Pakistan’s efforts to build its own nuclear programme in 1970’s under the regime of the then Prime Minister Zulfikar Ali Bhutto was Indian occupation of the territory of Kashmir, atrocities committed by its forces there and its denial of giving right of self-determination to Kashmiri people.