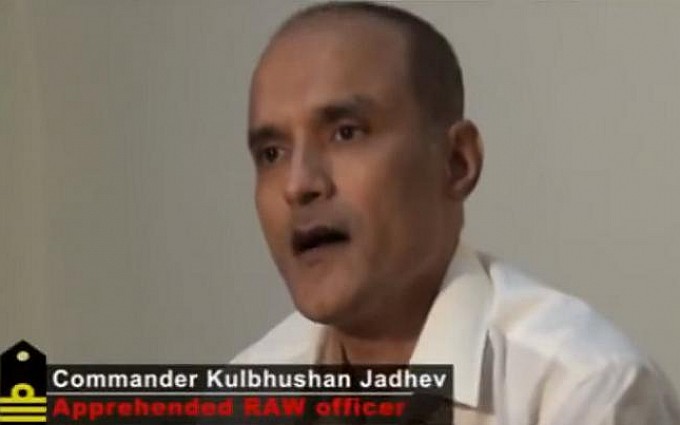 ISLAMABAD: Pakistan made an official offer to grant consular access to Indian spy Kulbhushan Jadhav, said Foreign Office Spokesman Dr Mohammad Faisal on Thursday.
The move came after the International Court of Justice on July 17 had allowed India consular access to Jadhav and called Pakistan, by the means of its own choosing, to effectively review and reconsider the conviction and sentence.
The FO spokesman, in his briefing today, said that it is awaiting India’s response in this regard.
In the same briefing, the FO spokesman criticised Indian atrocities in the Indian Occupied Kashmir, saying that Pakistan firmly protests the move aimed at altering the demographics of the occupied valley.
Dr Faisal said that the Indian decision to deploy 10,000 additional troops in the valley is quite alarming, adding that the neighbouring country should stop misguiding the international community.
In its decision last month, the ICJ found that India’s submission pertaining to the acquittal and release of Kulbhushan Jadhav could not be upheld.
An Indian Navy officer working for Indian covert agency Research and Analysis Wing (RAW), Commander Jadhav was arrested on March 3, 2016, from Balochistan after he entered into Pakistan from Iran. He was tried in a military court that sentenced him to death for espionage and subversive activities.