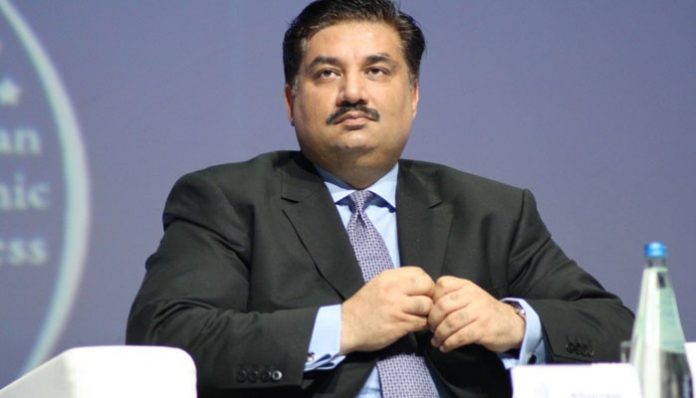 ISLAMABAD: Minister for Defence Engineer Khurram Dastgir Khan has said that Pakistan is willing to share its counter-terrorism expertise with the United Nations.
“Pakistan has conducted successfully a thorough Operation Zarb-e-Azb – one of the largest counter-terrorism operations ever conducted. The lessons learnt and deep expertise gained by Pakistan’s armed forces and law-enforcement agencies constitute an invaluable resource available to the United Nations.
”The minister expressed these views in his meeting with UN Undersecretary General for Field Services Atul Khare (USG- DFS), whom he met on the sidelines of the United Nations’ Peacekeeping Defence Ministerial Meeting in Vancouver, Canada, said a press release issued here Wednesday.Khurram Dastgir Khan also informed the USG-DFS of Pakistan’s successful endeavour to increase participation of women in peacekeeping contingents.The UN Undersecretary General for Field Services appreciated Pakistan’s historical and ongoing contribution to UN peacekeeping, particularly the sacrifice of 140 soldiers since 1960.
He commended Pakistan’s advanced logistics and training facilities for UN peacekeeping.The Defence Minister would speak twice on final day of the Conference on Pakistan’s “Smart Pledges” to UN Peacekeeping operations and “Early Warning and Deployment”, one of the principal themes of the ministerial meeting.During the last six decades, Pakistan has sent over 180,000 troops to 45 UN missions in 28 different countries.– APP