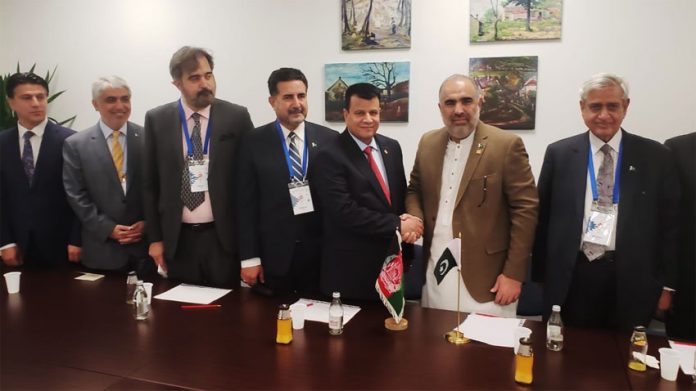 SERBIA: Pakistan has offered Institute for Parliamentary Services to Afghanistan for enhancing capacity of Afghan Parliamentarians and Parliamentary Officials.
The offer was made during meeting between the Speaker National Assembly Asad Qaiser with his Afghan Counterpart Rahman Rahmani on the sideline of the 141st Assembly of the Inter-Parliamentary Union in Belgrade, Serbia.
In the meeting speakers of both the countries decided to hold bilateral talks at parliamentary levels to promote cooperation and understanding as well as to evolve trust based strategy for fostering people-to-people contacts.
The Afghan Speaker lauded the efforts of Pakistan for improving the state-of-affairs between the two countries.