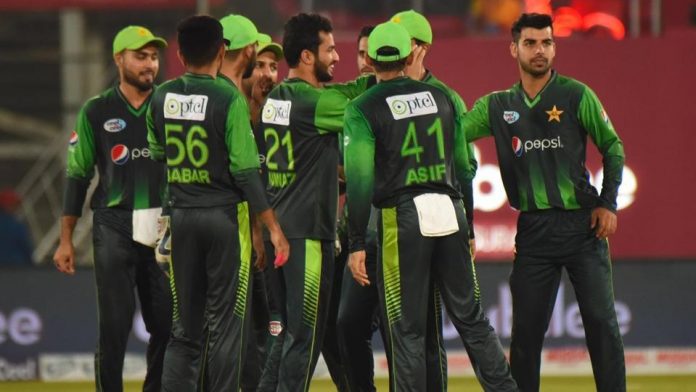 DUBAI: The International Cricket Council (ICC) has revealed the new updated T20I rankings. Pakistan continues to have a stronghold of the top spot as the new rankings saw 80 teams, who will now be able to measure their development in the shortest format, recognized by the world body as the vehicle for the growth of the game.
The 2009 World T20 winners Pakistan are on 286 points followed by South Africa (262), England (261), Australia (261) and India (260).
The new list sees big changes given the changed criteria as the series results from 2015-16 are removed and outcomes from 2016-17 and 2017-18 are weighted at 50 per cent.
Teams like Austria, Botswana, Luxembourg and Mozambique are among the sides figuring in the first men’s T20I ranking table that features all Members meeting the criteria of having played six matches against other ICC members since May 2016.
The move to expand the table follows ICC’s decision last year that all men’s T20 matches between Members from 1 January 2019 will be classified as internationals. As with the ICC Women’s T20I Team Rankings, which were launched in October 2018, teams will need to play six matches against other teams in the previous three to four years to remain in the rankings table.
The qualification process for the ICC Men’s T20 World Cup which is underway includes 58 T20I matches across five regional finals is likely to mean significant movements on the rankings over the coming months. The first final was held in Papua New Guinea last month whilst the Africa final in Uganda (19-24 May), the Europe final in Guernsey (15-19 June), the Asia final in Singapore (22-28 July) and the Americas final in the USA (19-25 August) are still to come.
Six of these teams will join hosts UAE, Hong Kong, Ireland, Netherlands, Oman, Papua New Guinea, Scotland and Zimbabwe in the global qualifier in what will be another chance to improve their standings on the table as they try to qualify for the ICC Men’s T20 World Cup 2020 in Australia.
Meanwhile, Pakistan have consolidated their position at the top of the table, which has a wider spread of points to accommodate the additional teams. Pakistan, ICC T20 World Cup champions in 2009, are now on 286 points while the next four teams are within two points of each other – South Africa (262), England (261), Australia (261) and India (260).
South Africa and India have swapped positions two and five in the expanded table, whose launch coincides with the annual rankings update in which series results from 2015-16 are removed and outcomes from 2016-17 and 2017-18 are weighted at 50 per cent.
In other significant changes, Afghanistan and Sri Lanka have moved up one place each to seventh and eighth positions, respectively, with the West Indies going down to ninth position. In what will be big news for their passionate fans, Nepal have moved from 14th to 11th position while Namibia have grabbed 20th position.