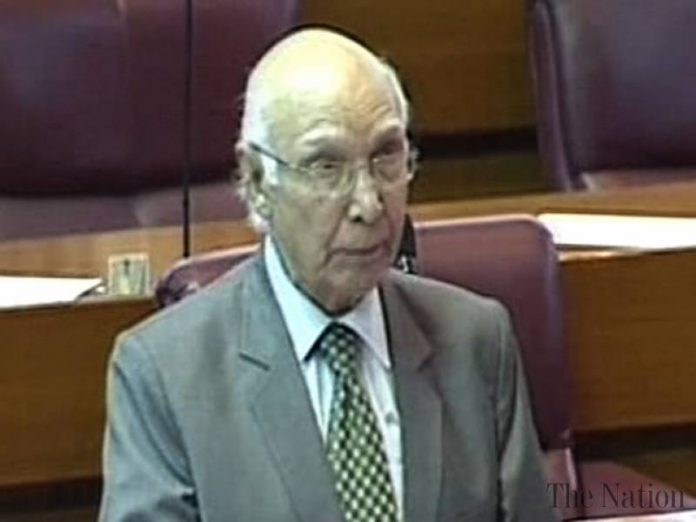 ISLAMABAD: Advisor to Prime Minister on Foreign Affairs Sartaj Aziz has said that Pakistan is ready to extend all possible support for investigation into the Uri incident but it should be conducted by the international body.
Winding up discussion on motion regarding present state of relations between Pakistan and India especially after the recent statements made by the Indian Prime Minister regarding Pakistan, he said that Pakistan does not accept the Indian narratives. He said during the investigation all the evidences should be produced before the investigators along with details of the incident. He said Pakistan denies all the allegations levelled by the Indian Prime Minister.
The Advisor said Modi’s efforts to isolate Pakistan have been shattered into pieces as 56 countries of the OIC, Human Rights Council of the United Nations and world countries have supported Pakistan’s stance on Kashmir and did not pay any attention towards India’s blames.