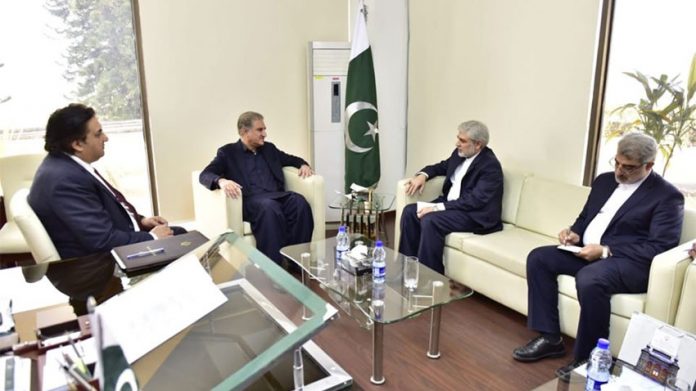 ISLAMABAD: Pakistan has reaffirmed to play its positive role to reduce tension in the region.
This was stated by Foreign Minister Shah Mahmood Qureshi during a meeting with newly appointed Iranian ambassador to Pakistan Syed Muhammad Ali Hussaini in Islamabad today.
He said growing tensions do not benefit anyone in the region.
The Minister said that he is in touch with various foreign ministers of the region and on the special direction of Prime Minister Imran Khan he will be visiting Iran and other countries very soon.
He greeted and welcomed the ambassador for his appointment in Pakistan.
Iranian Ambassador thanked Foreign Minister and assured that he will use all his efforts to further expand bilateral relations between the two countries.