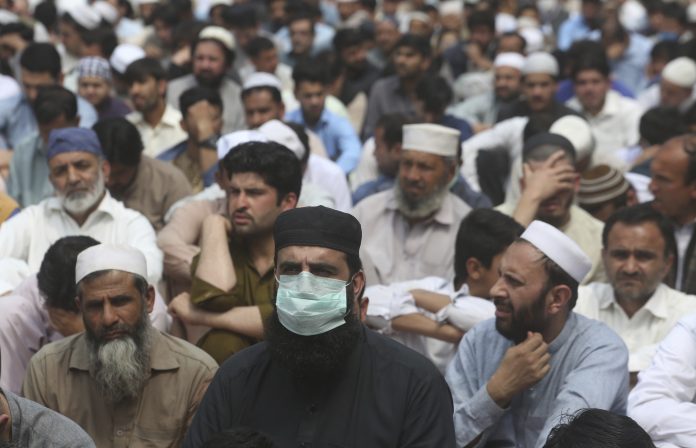 Pakistan recorded   the highest single-day tally in four months as 2,843 people tested positive for the coronavirus, bringing the total number to 371,508.

The country also reported 42 coronavirus deaths in the last 24 hours – the highest since mid-July. This brings the country’s death toll to 7,603.

So far 328,931 patients have recovered from the virus while the number of active cases stands at 34,974.

Over 17,000 COVID-19 cases have been reported across the country in the past week while more than 490 lives lost.

After a meeting on the coronavirus situation, Prime Minister Imran Khan had announced banning indoor weddings and large public gatherings in a televised address to the nation. The ban came into effect on Friday.

The development came on the back of the NCOC’s recommendations to ban public gatherings exceeding 300 people, allowing outdoor dining and takeaway till 10:00pm, closing down cinemas, theatres and shrines and closing markets early with “safe days”.

The NCOC had directed public and private companies to implement a 50% “work from home” policy.