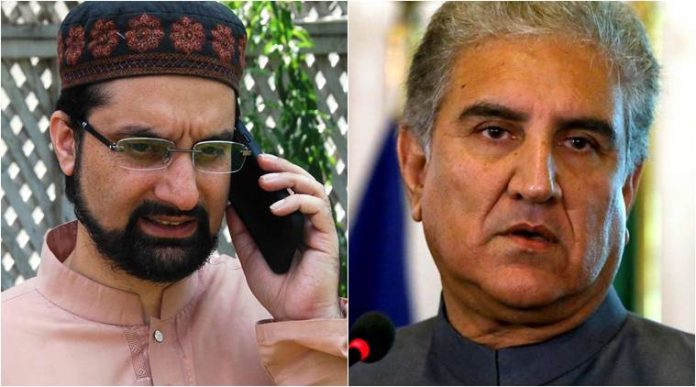 ISLAMABAD: Pakistan has reaffirmed its support for Kashmir cause and rejected Indian objections to Foreign Minister Shah Mahmood Qureshi’s telephone call to All Parties Hurriyat Conference leader Mirwaiz Umar Farooq.
In a statement, the Foreign Office reiterated that Kashmir is an outstanding dispute between India and Pakistan and acknowledged as such through UN Security Council resolutions as well as numerous Pakistan-India documents, including Simla Agreement and Lahore Declaration.
The Foreign Office also categorically rejected any insinuation that seeks to project the legitimate struggle of Kashmiri people for self-determination as terrorism.
It said Pakistan is committed to extending its political, diplomatic and moral support to the people of occupied Jammu and Kashmir.
The Foreign Office also clarified that the leadership in Pakistan has always been communicating with Kashmiri leadership and this is not anything new.
It reiterated that Pakistan will maintain its support and solidarity with Kashmiris until the dispute is resolved peacefully in accordance with the UN Security Council resolutions and wishes of the people of occupied Jammu and Kashmir.