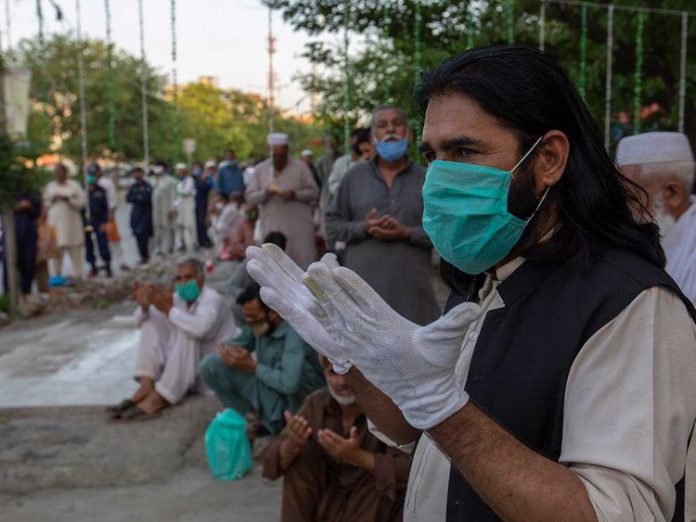 ISLAMABAD: The countrywide tally of coronavirus cases has jumped to 165,062 after 4,944 new infections were detected in Pakistan over the past 24 hours while 136 more people succumbed to the deadly disease.
The death toll from the virus stands at 3229 with 136 deaths reported over the last twenty-four hours. 28,824 Corona tests were carried out during this period.
According to data released by the National Command and Operation Center (NCOC), 61,678 cases have been detected in Punjab so far, 62,269 in Sindh, 20,182 in Khyber Pakhtunkhwa, 8,998 in Balochistan, 9,941 in Islamabad, 769 in Azad Jammu and Kashmir and 1,225 in Gilgit Baltistan,
With 136 more Covid-19 related fatalities recorded over the past 24 hours, the number of people dying from the disease in the country has soared to 3,229. A total of 4,944 new cases were detected when 28,042 tests were conducted during this period.
The number of people defeating the deadly virus has reached 61,383. So far, 1,011,106 tests have been conducted across the country.
The number of coronavirus infection cases across the world has surpassed over eight point five million while the pandemic has so far claimed more than 455,000 lives.
The United States tops with over two point two million cases and more than 120,000 deaths.
Brazil with over 983,000 cases and more than 47,000 deaths is the second badly hit by the virus.
Over four point five million patients have so far recovered from the disease across the world.