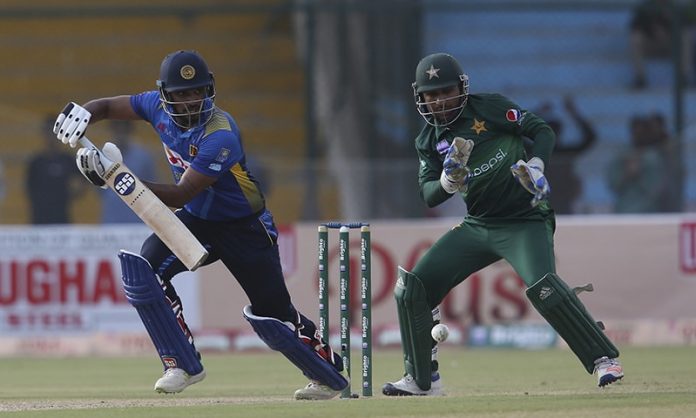 LAHORE: Pakistan and Sri Lanka three-match Twenty20 International (T20I) series begins on Saturday (today) at the historic Gaddafi Stadium Lahore (GSL), and Sarfraz Ahmed – captain of the Green Shirts – is confident of his team’s victory in the series.
Both teams conducted practice sessions on Friday to finalize their preparations for today’s match – scheduled to start at 06:30 PM. The series trophy was unveiled at the GSL on the eve of the first encounter and both skippers held press conferences.
Sarfraz Ahmed expressed his resolve to win the T20 series against Sri Lankan with the help of combination cable of delivering in the right direction.
“T20 format is anyone’s game and they will try to make the best combination to win the T20 series at our home ground and in front of our crowd.
“T20 is a format, which is anyone’s game, so they will pick up the best combination and try to win the T20 series. Despite winning ODI series, we cannot take Sri Lanka an easy opponent.
“We will try to enter the match with full preparation and try to give out our best to win the match as well as series.
“In T20 format, no team is low or high as in this format, only those teams win, who perform on the given day.”
Sri Lanka captain Dasun Shanaka said, “I am happy to lead the team and we will do our best to put up a fight against our very strong hosts.”
World number one Pakistan enjoy a superior record against Sri Lanka, having beaten them in eight of the 13 matches they have played against each other to date. They beat Sri Lanka in the final to win the 2009 Twenty20 World Cup in England.